How Much Will a Texas DWI or DUI Cost You?

How Much Will a Texas DWI or DUI Cost You?

Exploring the ACTUAL Cost of a DWI in Texas

How much does it cost to hire a DWI attorney? It’s a common question for DWI  (driving while intoxicated)  suspects in Texas. With court fees and fines piling up, it may appear that hiring an attorney is a waste of money. However, hiring an experienced Texas DWI lawyer can save you money, time, and trouble in the long run.

The Texas DOT ran a billboard advertisement several years ago claiming that the average cost of a DWI was $17,000. While this claim has been mainly disproved, a DWI will indeed cost you thousands of dollars.

The cost of a DWI in Texas ranges from place to place.
See how the costs could add up:

The criminal penalties in Texas for a DWI or DUI (driving under the influence) charge are among the toughest in the country, but the consequences do not end there. DWI convictions carry additional fines ranging from $3,000 to $6,000. Surcharges imposed by the Texas Department of Public Safety were replaced by these additional fines.

How much does a DWI ticket in Texas cost?

It’s illegal for anyone under 21 to buy, have or drink alcohol in any way, shape or form. That means it’s illegal for you to drive with any alcohol in your system, too. Here’s what happens the first time you’re snagged for driving under the influence (that’s called DUI):

The sum of criminal fines you must pay will be determined by if you have prior offenses, the age of the driver, aggravating factors, whether a child under the age of 15 was in the car, and whether anybody was injured.

If you’re caught drunk in the driver’s seat, you can also face DWI criminal penalties.

If you’re popped for DWI twice in five years, somebody really will get up in yo grill and slap in an ignition interlock that prevents your ride from starting if you’ve been drinking. Yeah, that really blows.

When investigating the costs of DWI lawyers in Texas, the first thing people notice is that they vary levels of skills, reputation, proven record, location of the attorney, and so on.

DWI attorneys typically charge in one of two ways, and you must decide which one is best for you. Some lawyers charge by the hour, some may have a flat rate for first-time DWIs.

How Much is Too Much?

Texas law makes it illegal for someone with a blood alcohol content – or BAC – of 0.08 percent or higher to drive a vehicle. Some people may reach this limit after only one or two drinks, depending on their body size and other factors. Driving “buzzed” with a BAC less than 0.08 can also be a form of impaired driving and dangerous. Drivers can be stopped and arrested by law enforcement when impaired — regardless of BAC. Impaired drivers risk killing, disabling, disfiguring and injuring themselves and others.

What is a DWI?

So, what exactly is a DWI? When you’re caught driving with a blood alcohol concentration (BAC) above the legal limit of 0.08 percent in Texas, you’ll face a DWI charge. This BAC can be reached in as little as one to two drinks, depending on your body.

If you are caught with a blood alcohol concentration (BAC) of more than 0.15 percent or are charged with intoxication manslaughter or assault, you will likely be facing harsher penalties and criminal fines of up to $10,000, depending on the context of your case. 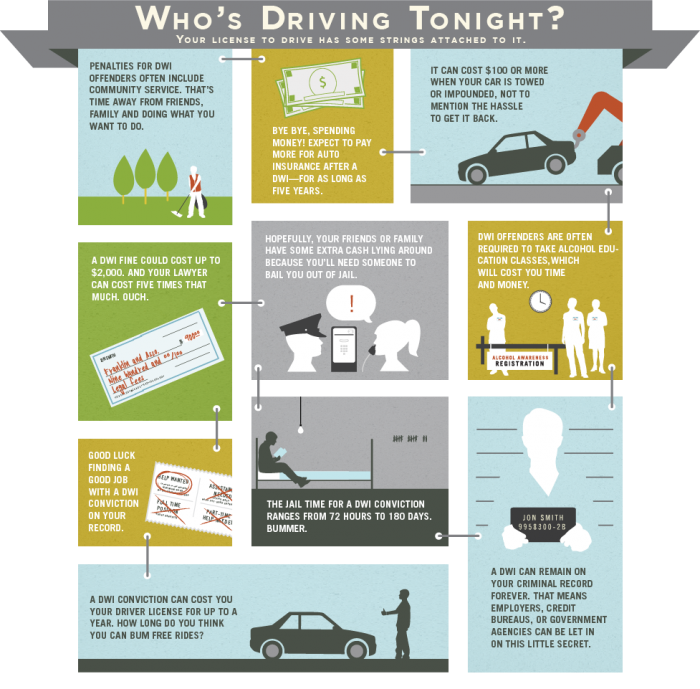 It is illegal for anyone under 21 to buy, have or drink alcohol in any way shape or form. That means it’s illegal to drive with ANY alcohol in your system. Here’s what happens the first time you’re snagged for driving under the influence (DUI).

In Texas the legal limit for intoxication is .08 BAC (blood or breath alcohol concentration). However, drivers can be stopped and cited when impaired regardless of BAC. Here’s what happens the first time you’re busted driving while intoxicated (DWI).

What does a first-time DWI in Texas cost?

It’s difficult to give an exact figure for what a DWI in Texas first offense will cost in total because it depends on your case, penalties, lawyer fees, and so on. However, being convicted of a first offense DWI carries a maximum fine of $2,000 plus any fees and penalties.

The total cost of a DWI, including direct and indirect costs, can range from $2,000 to possibly upwards of $20,000. While hiring an attorney may appear to be an additional expense, a DWI lawyer can assist you in fighting your charges and avoiding the indirect financial burden of having a DWI charge on your criminal record.

In addition, a recent Texas DWI law allows for “deferred adjudication” in some cases. Deferred adjudication means that a first-time DWI offender charged since September 1, 2019 with a BAC of less than.15 percent can avoid a trial by pleading guilty or no contest and getting instead a probationary period, which may include community service. The case is dismissed once it is completed.

More than 1000 people in Texas are killed in alcohol-related crashes every year. Not cool. Drinking and driving can also land you in jail and lead to a consequences you can’t even imagine. Alcohol and asphalt don’t mix. If you’re drinking, don’t get behind the wheel and take a chance on being arrested or hurting yourself or someone else. Drinking and driving isn’t worth it. Find a sober ride!

If you’re arrested for DWI, call a Texas DWI Lawyer right away.

If you are having to face first-time DWI charges, you may be confused about your rights, the processes that will be followed in court or at an administrative hearing, and the steps you must take to prevent serious consequences. Criminal Defense Attorney Joe Cannon can represent you throughout your case and work to help you minimize penalties as much as possible.