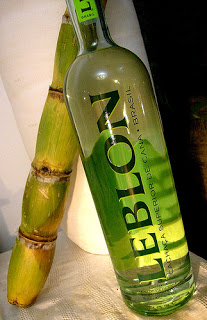 Cachaca is a distilled liquor primarily made in Brazil. While cachaca, also referred to as “white rum,” is often compared to rum, it is actually made from pure sugarcane, rather than molasses, which is used to make rum.
The History of Brazilian Cachaca

No one knows who developed cachaca or exactly where it comes from, but they do know its beginnings reside in Brazil’s colonial period (around 1530). Legend has it someone discovered that by boiling the juice leftover from sugarcane, a sweet libation is created. Back then, cachaca was enjoyed most by peasants and slaves.

Tagged with the title “a poor man’s drink,” cachaca was actually given to slaves as a reward for a job well done. Now, however, Brazilian cachaca is widely enjoyed at home, abroad and among all social classes.

Because of cachaca’s popularity around the world, many distributors offer wholesale cachaca to restaurants, bars and wine stores.

How Cachaca is Made

Luckily, Brazil is bursting with sugarcane. Since the distillation process is fairly simple, the cachaca industry is booming. Here are the steps for making cachaca:

1. The sugarcane is milled down so the juice can be extracted.
2. The milled sugarcane is then fermented for about 24 hours.
3. After fermentation, the sugarcane mixture is boiled.

Whether it’s bottled immediately after boiling, or left alone to age, the liquor will have a unique sweet taste that makes cachaca one of Brazil’s bestsellers.
Preparing and Drinking Cachaca

Ideally, cachaca is sipped on the rocks from a short glass or downed in a single shot. Traditionally, some Brazilians spill a couple of drops to show respect for the saints before taking their shots.

If straight alcohol isn’t your cup of tea, cachacas also work well in many mixed drinks. A good way to think of tasty drink recipes for cachaca is to think of cachaca as a substitute for vodka or rum.
Cachaca Cocktail Recipes

A drink called Caipirinha is the most popular Brazilian cocktail that uses cachaca. Caiprinhas are served all over, from South America to North America to Europe. Originally labeled a “poor man’s drink,” a good caipirinha today can ironically cost up to $15.

Here is a recipe for a Caipirinha, as well as a few other classic recipes that use Brazilian cachaca.
Caipirinha